A big-time Broadway giveaway gets social marketing to match the hype.

It was a Broadway giveaway like no other. Prizeo, an online fundraising platform, had partnered up with Broadway golden child Lin-Manuel Miranda to raise money in support of a hurricane-battered Puerto Rico. The special sauce? Fans that donated $10 or more entered for a chance to win tickets to see HAMILTON on opening night in San Juan - not just as a fan, but as one of Lin-Manuel’s VIP guests.

To help spread the word and drive donations, we unleashed two social campaigns: #Ham4PR, a 30-day social media marketing push with two winners, and #Ham4PR50, a no-holds-barred, 10-day social media blitz with 50 winners and a bunch of other awesome prizes.

The results, like HAMILTON itself, were smashing. Hell, we even took home an award. 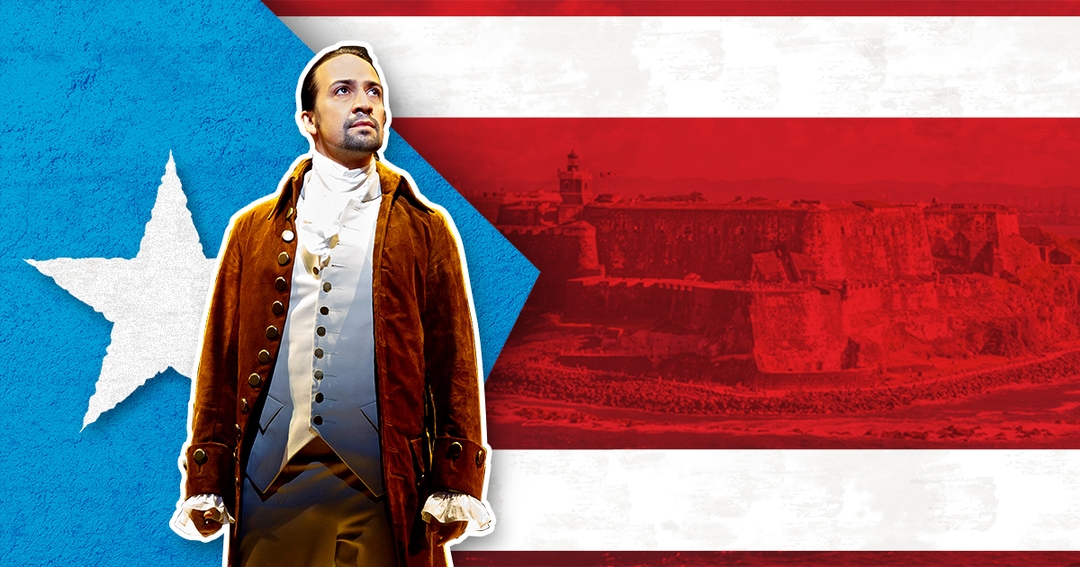 Both of these campaigns were complex, with secret prizes to announce, multiple audiences to speak to, and plenty of cooks in the kitchen. Marketing had to be agile enough to keep pace and also abide by the standards of one of today’s most recognizable theatrical productions. I worked in parallel with our design team, the client, and a range of very aware stakeholders to make sure content was on-brand and implemented to exacting standards.

Lin-Manuel has a distinct voice online - one that is immediately recognizable to his fans. That would matter when our content hit their news feeds.
‍
To make sure our ads resonated with the Linninites, I immersed myself in all things Lin-Manuel Miranda, scouring his Tweets and Facebook posts to identify the nuances that made his content so recognizable. Can you absorb part of a man's soul through his Tweets? I'll let you know when I win my first Tony.

This campaign was targeting a range of audiences: Lin-Manuel fans, Prizeo patrons, and Broadway fans, to name a few, and in both English and Spanish*. They all loved HAMILTON, but not for the same reasons. To solve for this, I developed messaging tailored to each audience that was ready to thrive in the big, social wild. 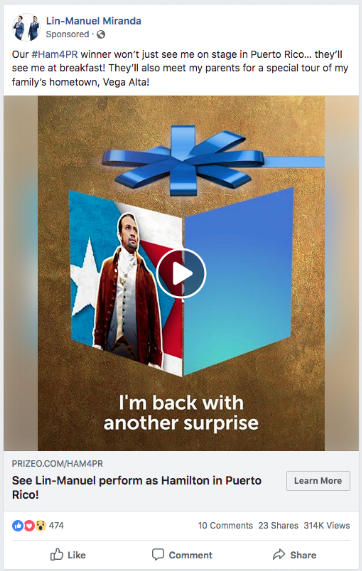 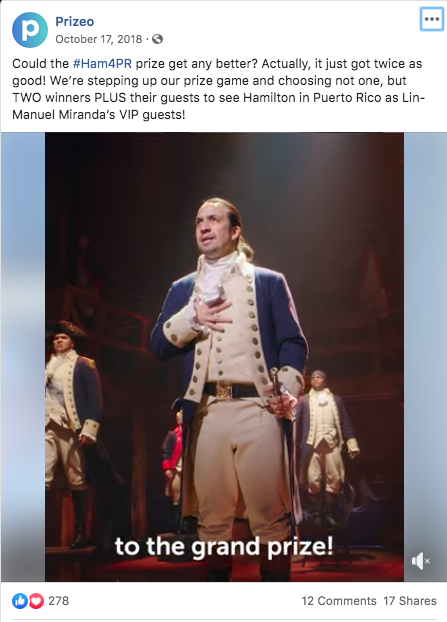 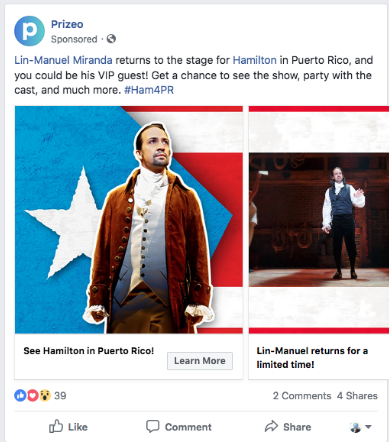 This work won us Platinum for Social Media Campaigns at the 2019 Hermes Creative Awards.

Both of our campaigns were highly successful. Altogether, we raised more than $4 million dollars between the two:


*Please note that Spanish copy was translated by another content resource.