Some nifty new copy for my city's most famous building. 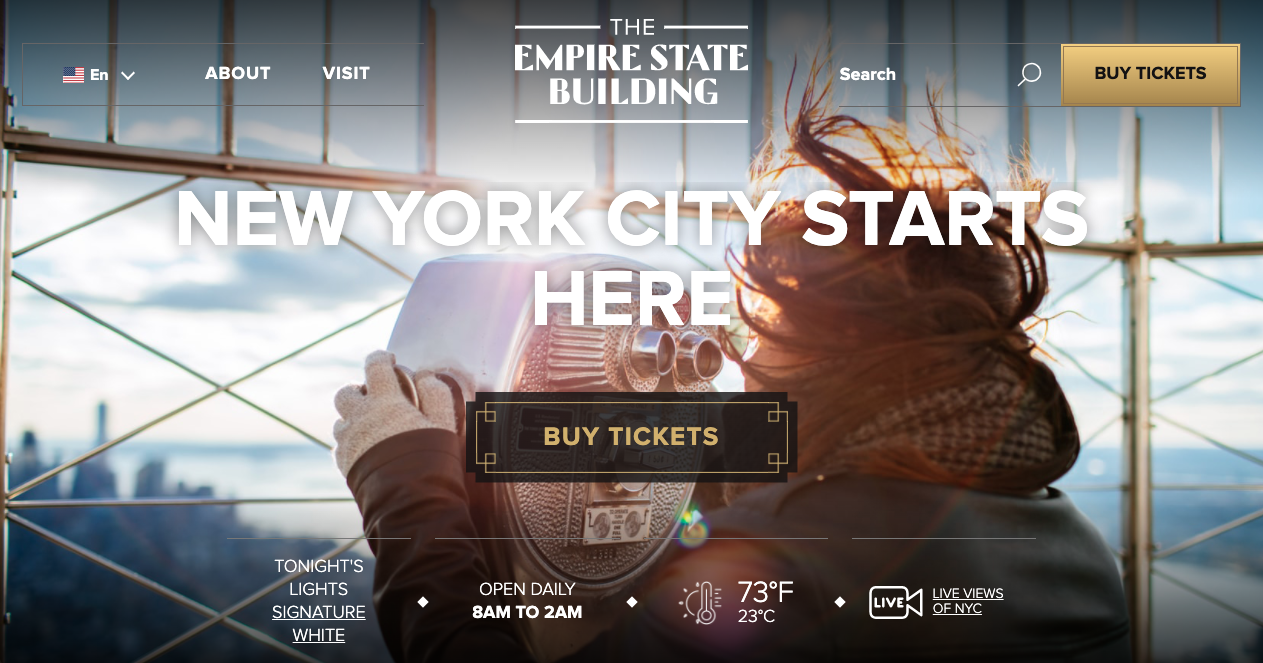 So, what do you say about a building as grand as this one? Turns out, a whole lot. The content on the ESB website had to do many things: drive ticket sales, educate guests, give directions, share history. I led this content effort. From ticket details to timelines, to the accessibility statement, all of our content was united by a single truth: The Empire State Building is quite simply the greatest building in the world.

How this website spoke was just as important to us as what it would say.

Driven by our team's strategic vision and a series of working sessions, we settled into a voice of reverence and wonderment. After all, this is the most important building in New York we're talking about - something that even the most jaded New Yorkers can't help but admire. We wanted to create a digital destination that urged visitors to see the ESB not just as a view, but also as a once-in-a-lifetime, only-in-NYC moment. 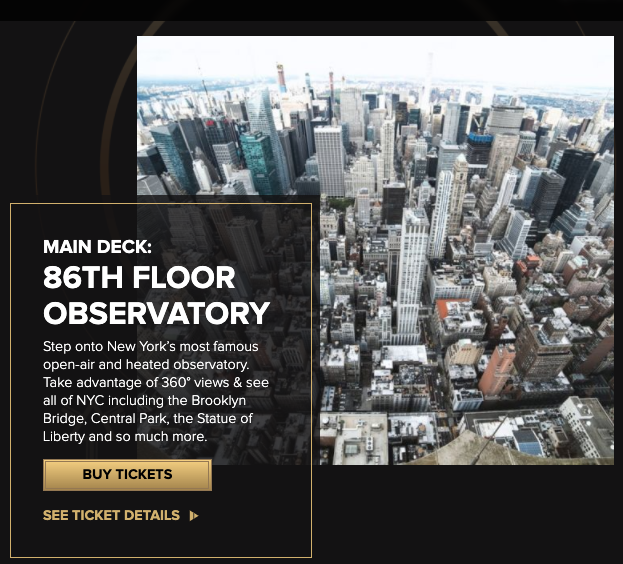 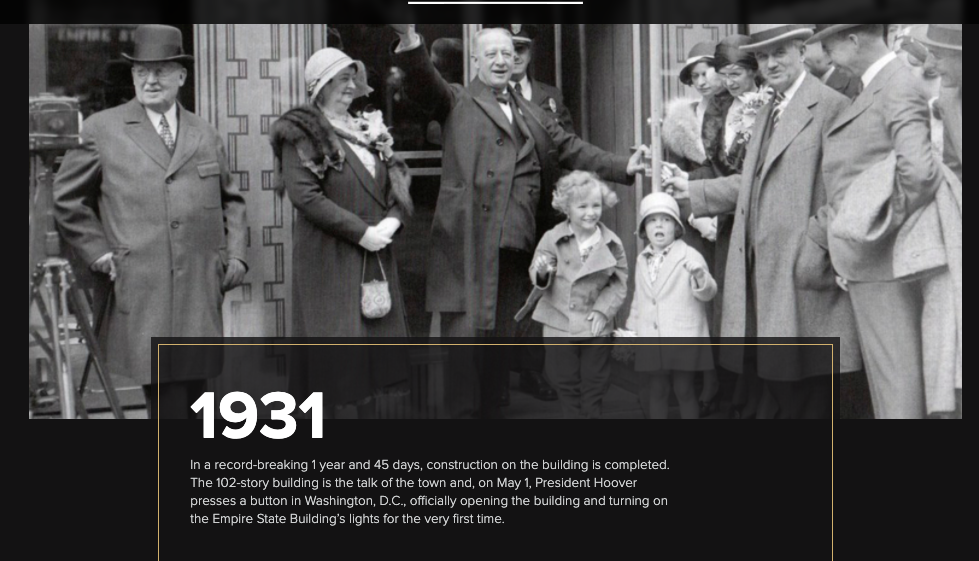 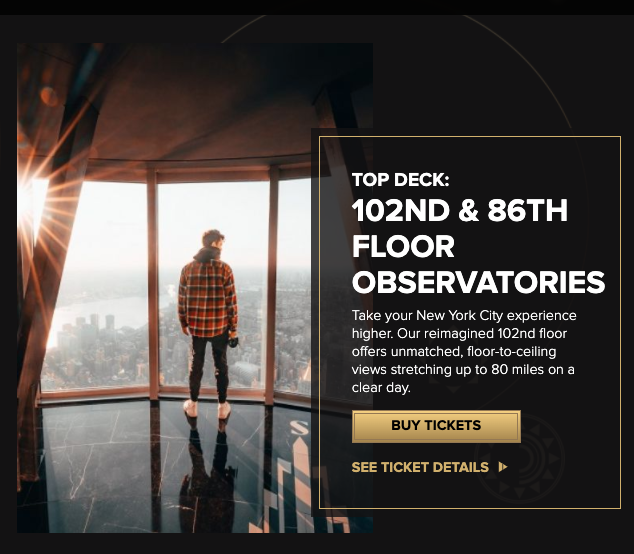 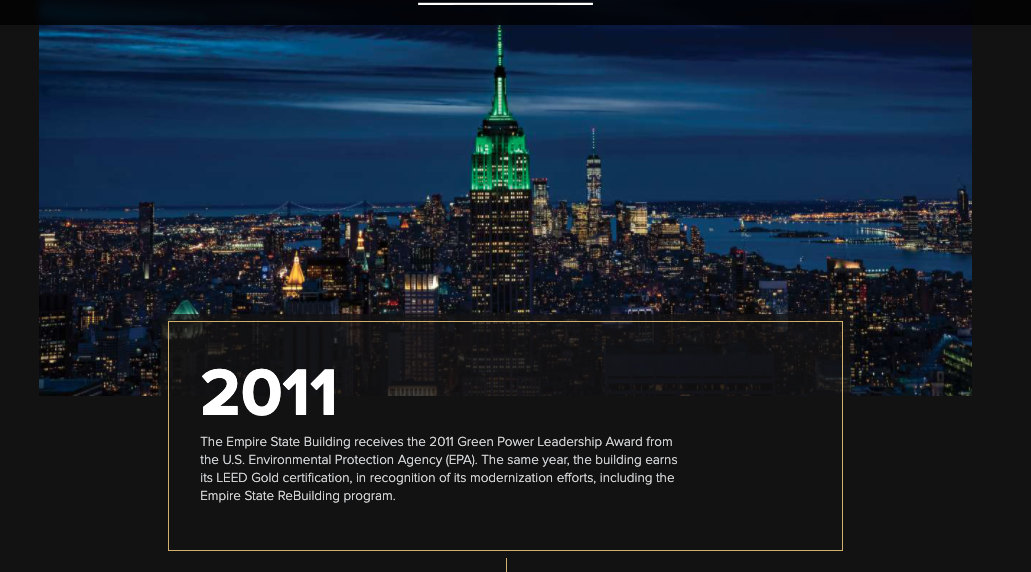 The Empire State Building deserved a website as grand as itself. Now, it has it. Our team successfully launched the new esbnyc.com in early 2020. Unfortunately, the COVID-19 pandemic has forced the closure of many of New York's famous landmarks - this one included. I'll be updating here in the future as new insights and takeaways roll in.